Most of the nations in modern-day Central, Western, and Northern Europe can be described as either Nordic, Germanic, or Celtic. But it’s definitely not easy keeping all of the different European ethnicities apart, especially not since many countries can feature elements of multiple ones!

So if you’re curious about the exact difference between Nordic, Germanic, and Celtic, and which countries, languages, and people are involved when speaking about these terms — you’ve come to the right place.

What’s the Difference Between Nordic, Germanic, and Celtic? 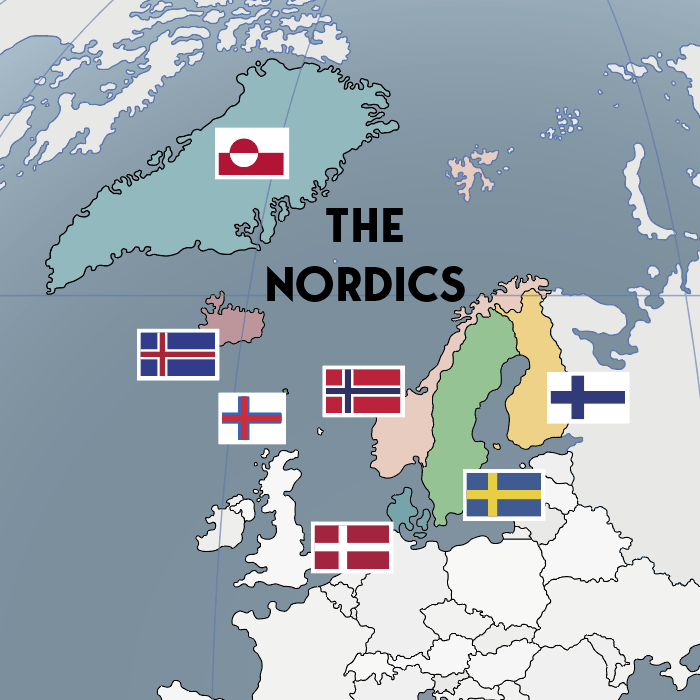 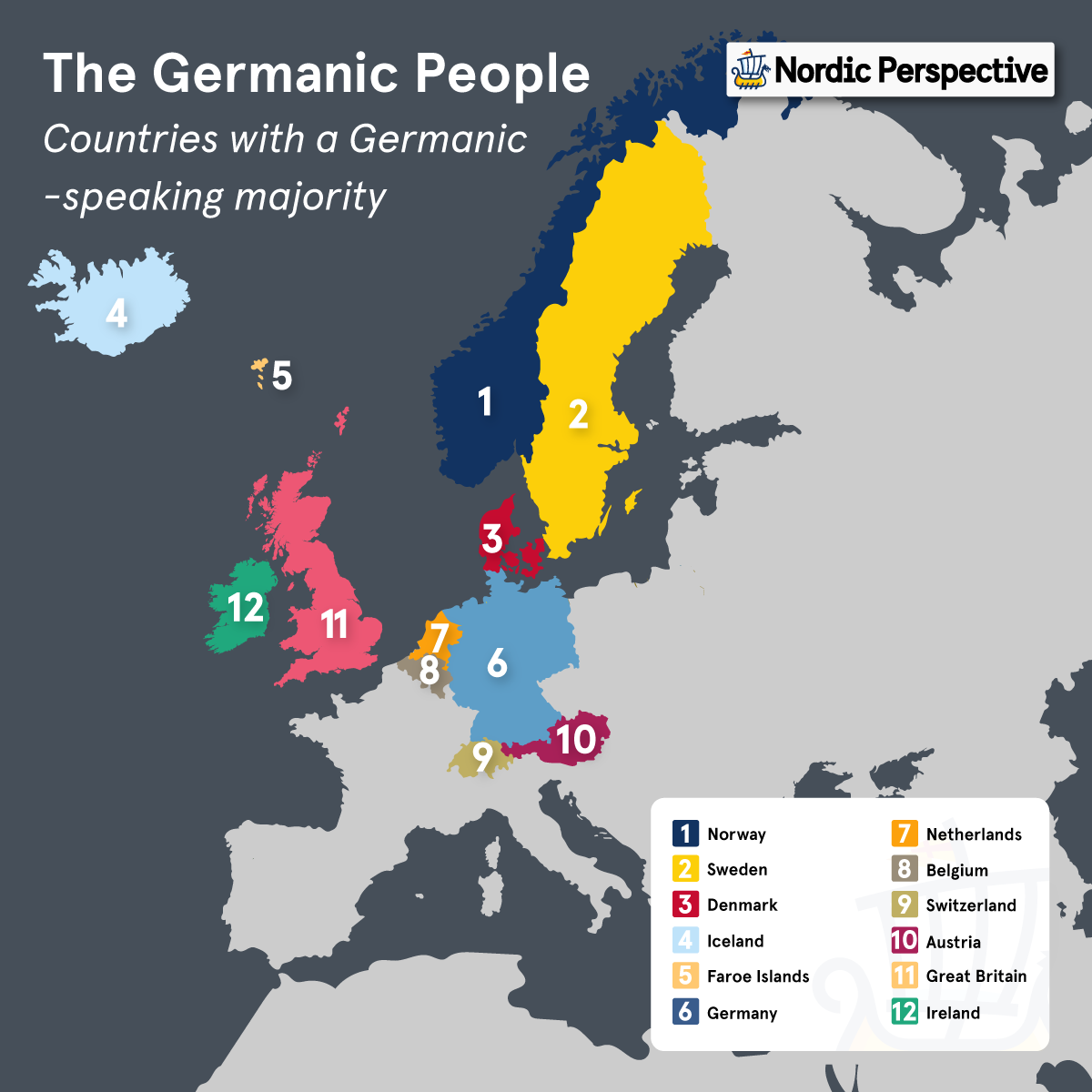 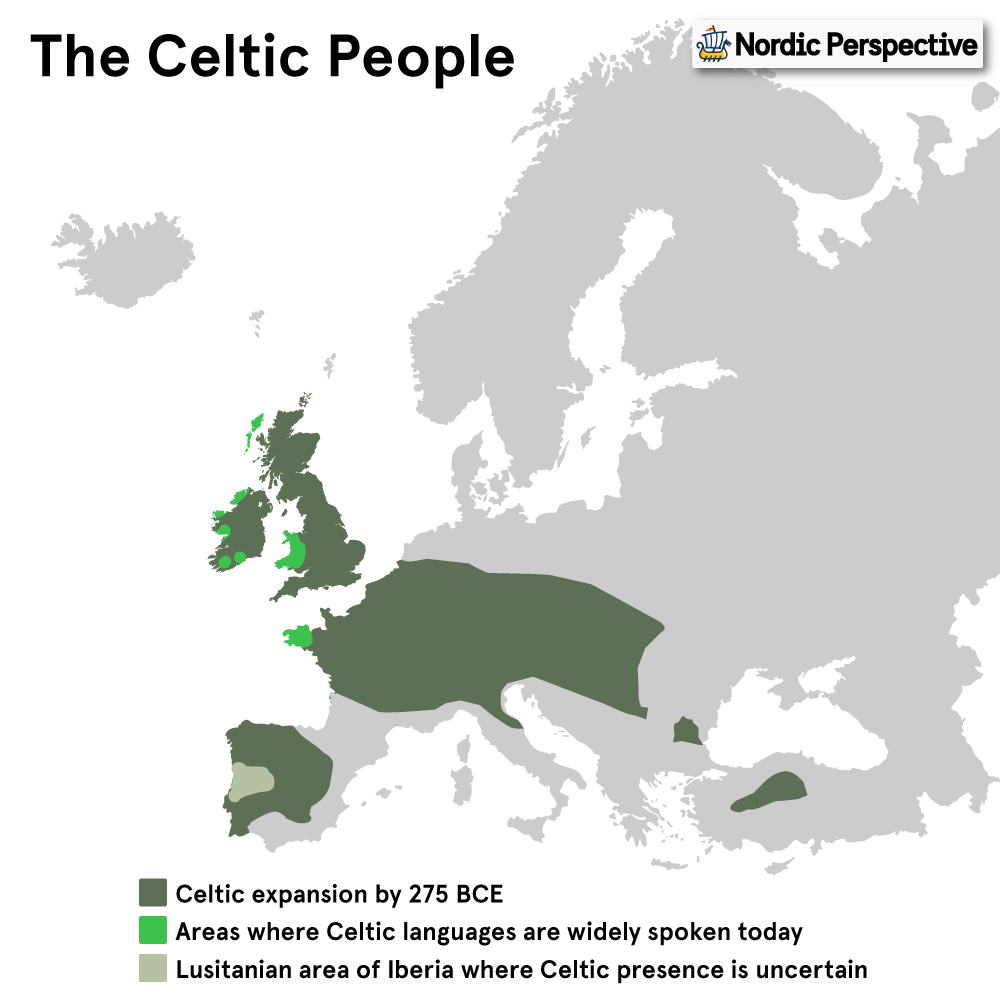 *Greenland speaks an Eskimo–Aleut language but is part of the Kingdom of Denmark, which is a Nordic country.

Learn the meaning of the Viking runes with this full set of 16 + 1 Old Norse rune prints.

Nordic: The Northern European Region and Its People

The more modern term Nordic refers to citizens of or anything related to the Nordic (or North Germanic) countries in northern Europe (Sweden, Norway, Denmark, Finland, Iceland, Faroe Islands, Åland, and Greenland). This term has mainly been used since the establishment of Förening Norden (The Nordic Associations) in 1919.

The Nordic cross flag refers to the type of flags the Nordic countries have, containing a Nordic or Scandinavian Cross. The oldest of these is the Danish, dating back to 1219 according to legend.

The Germanic tribes were groups of people originating from northern and central Europe during the Iron Age, sharing a common language group that is the root of all Germanic languages (which today includes over 515 million native speakers of languages like English, German, Dutch, and the Nordic languages to name a few).

To make things a bit more complicated, the Germanic people are all thought to have originated from a fairly small area in southern Scandinavia and northern Germany around the 4th century BCE, centered around the province of Scania, Sweden.

In other words, all Germanic languages and cultures mainly originated from the Nordic region, from where they would set out on the Great Migrations around all of Europe and parts of Asia that they would complete.

For more information about the Nordic and Germanic connection, go check out my article where I explain all the Scandinavian, Viking, and Germanic links.

The Celts were a collection of people who originated from central Europe, and ended up migrating through and inhabiting large parts of Europe during the Iron Age.

Around 275 BC the Celtic culture reached its largest influence, covering large parts of Central, Western, and Eastern Europe. After this point, the Celts would gradually be pushed back by Roman Legions from the south and Germanic tribes from the north.

The Celtic people ultimately intermingled with the Germanic and Roman people who came to dominate most of the places in Europe were Celtic influence gradually disappeared.

The only remaining Celtic nations today are Brittany, Ireland, Scotland, Wales, Isle of Man, and Cornwall.

Which European Countries are Nordic, Germanic, and/or Celtic?

Scandinavia did not encounter Celtic influence as the Celts spread across large parts of central and western Europe during the Iron Age, meaning the region and its people is not Celtic in any meaningful way. Scandinavia was rather dominated by Germanic cultures stemming from the Nordic Bronze Age Culture at the time.

That said, there is plenty of Celtic heritage along the coasts of Scandinavia, as Vikings were prone to come home with both band members and slaves from the British Isles during the Viking age.

What Is a Celtic Viking?

Celtic Vikings, or Norse–Gaels as they can also be called, usually refer to the Vikings who settled in Ireland and Scotland during the Viking age. The Norse–Gaels dominated the majority of the Irish Sea and Scottish Sea region from the 800s up until the 1100s when Norse influence on the British Isles started waning.

By the way, if you'd like to connect to your inner Viking and spruce up your walls at the same time, I've created a full set of stylish and minimal rune poster printables that include their names, meanings, and equivalent modern letters. You can write your own name in Younger Futhark, display the runes that mean something to you personally, or why not hang up all 16 runes in an epic Old Norse wall gallery!

Full set of 16 + 1 Old Norse runes (a.k.a. Younger Futhark) printables. Learn the Viking ways with these beautiful prints that you can hang on your walls or use digitally.