You might’ve seen some very cool Norse hairstyles in one of the many Viking-inspired TV shows or movies lately, and thought to yourself “are those elaborate picture-perfect haircuts really historically accurate?”. Well, in many cases not at all. But, it turns out there are some accurate depictions out there too, so there is definitely hope if you’d like to find (or create) a historically accurate Viking hairstyle in modern times.

I’ll walk you through the evidence we have found so far that describes hairstyles from Viking Age Scandinavia, and listed some modern interpretations that follow these fairly well.

Hopefully, I’ll help you sort out the authentic and tasteful hairstyles, from those where artists and creators have taken very generous liberties in their artistic interpretation of the few sources we have available.

Let’s dive in and look at what types of Viking hairstyles we know of from archeological findings and historical texts.

How Did Viking Men Wear Their Hair?

Here are some historically accurate Viking male hairstyles found in archeological evidence and described in historical accounts from the time period: 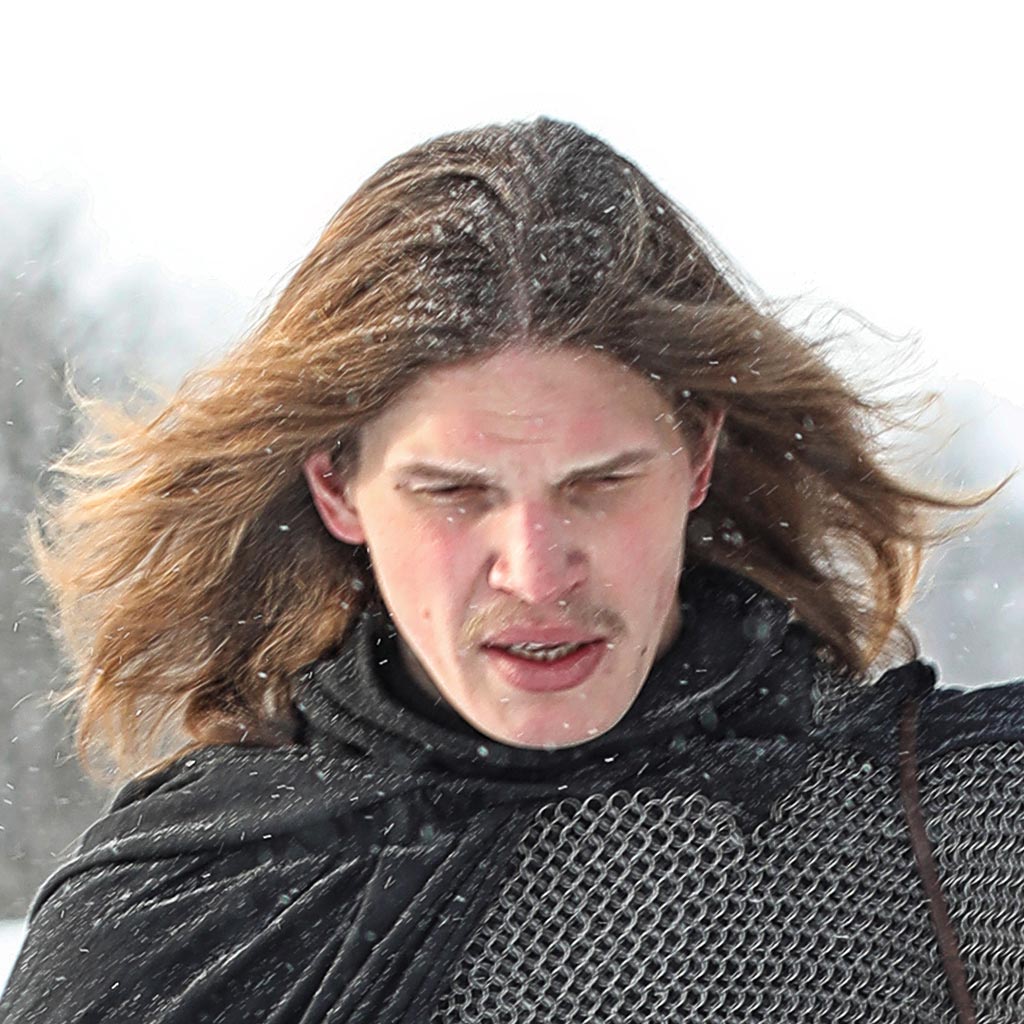 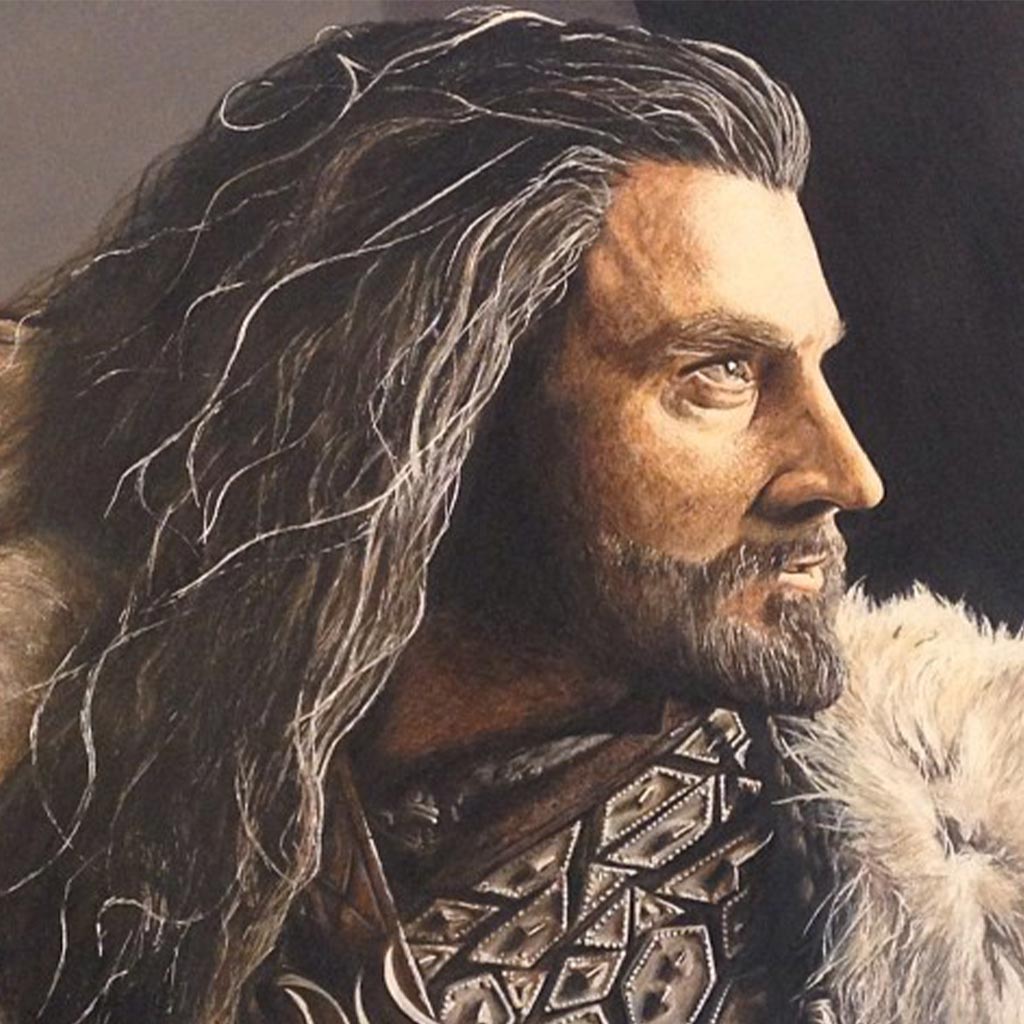 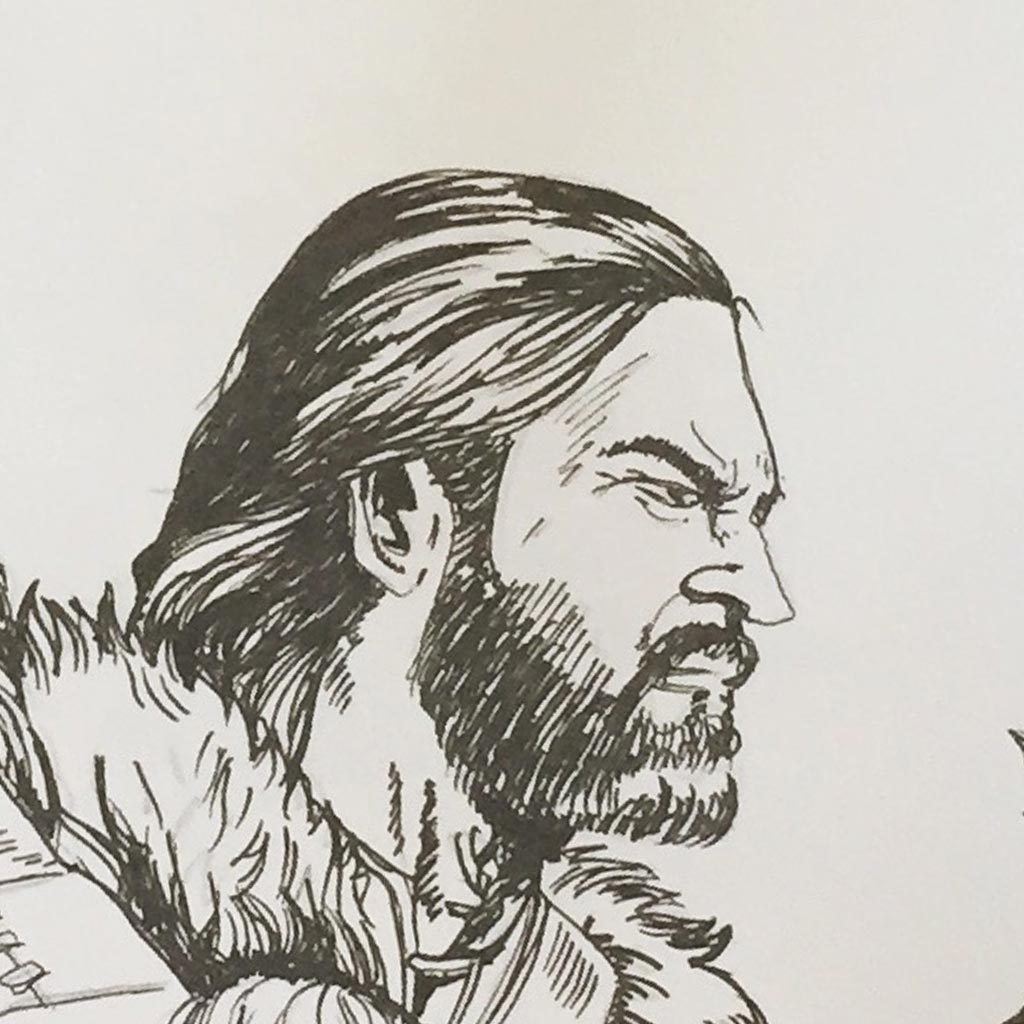 Long hair tied in a knot or braided behind the back 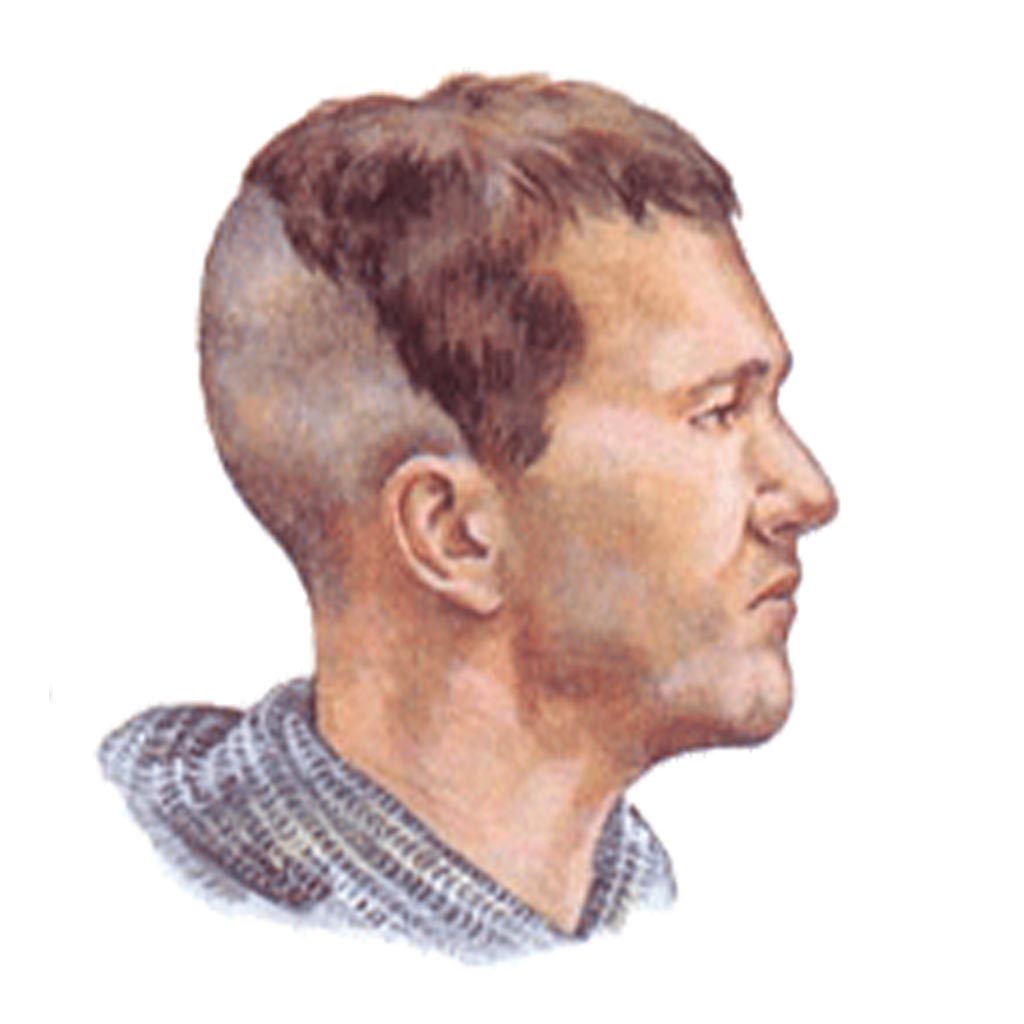 “The Norman Cut”
Shaved back and longer hair in front 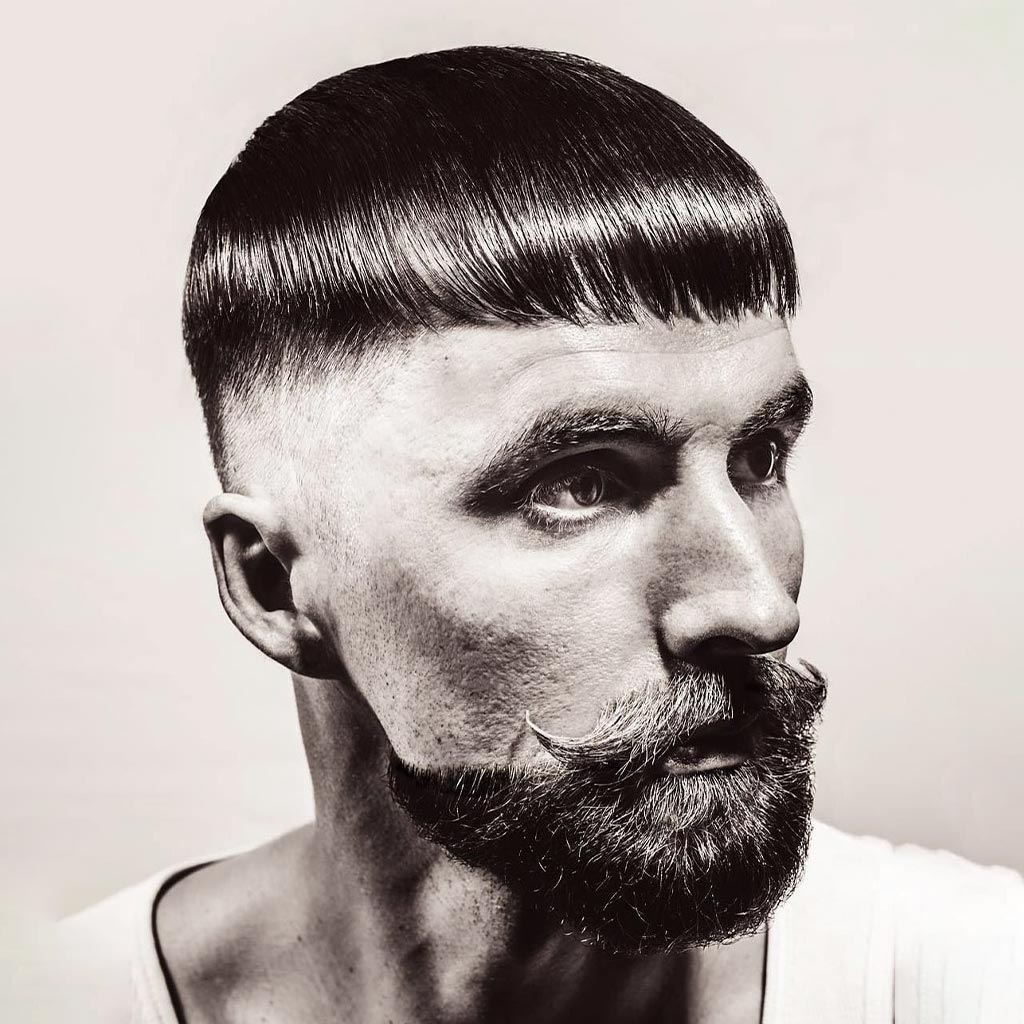 The Oseberg Cart Cut
Shaved sides and back, with high bowl cut

These Norse hairstyles can be seen in archeological findings that have been dated from the Viking age, in the form of jewelry, sculptures, and other artifacts, as well as in historical accounts such as texts, letters, and inscriptions.

Viking sculptures and engravings have been found with generally long hair and beard that was usually shaped, tied or braided in different ways in order to not be in the way (while in combat or working).

There is a general belief among Norse historians that Vikings and Germanic people in general assigned special powers to long hair and beards, with the Suebi knot and Merovingian kings being two good Germanic examples where longer hair presented in a certain way was believed to have an effect on strength and power.

A few notable exceptions have been found on the Oseberg cart from around 800 CE, where shorter haircuts with shaved sides and backs are clearly engraved multiple times, though there are plenty of long-haired examples as well.

One of the few written accounts we have on specific Viking hairstyles is an Old English text where an Anglo-Saxon man is angry at his brother for adopting a heathen haircut and forgetting his own customs. He wears his hair “balded neck and blinded eyes”, which suggests the so-called “Norman Cut” with long hair in the front and shaved in the back.

What is interesting here is that this particular hairstyle was so associated with the Vikings/Normans that this English man felt shame that his brothers would wear his hair like that.

For more information on what we actually know about Viking hairstyles, I’d recommend listening to Dr. Jackson Crawford who specializes in Old Norse (he teaches Scandinavian Studies at my Alma Mater UC Berkeley, on top of talking about Norse mythology on YouTube):

Did Vikings Shave Their Heads?

Vikings were known to at least partially shave their heads in order to achieve specific hairstyles, such as the “Norman cut” with shaved back and long hair in the front, and a similar but differently angled high bowl cut found in the Oseberg cart. So we can safely assume that there were Vikings who shaved their heads.

We do not have as many archeological findings of different female hairstyles as we have for male cuts, but nonetheless here are some that are fairly historically accurate: 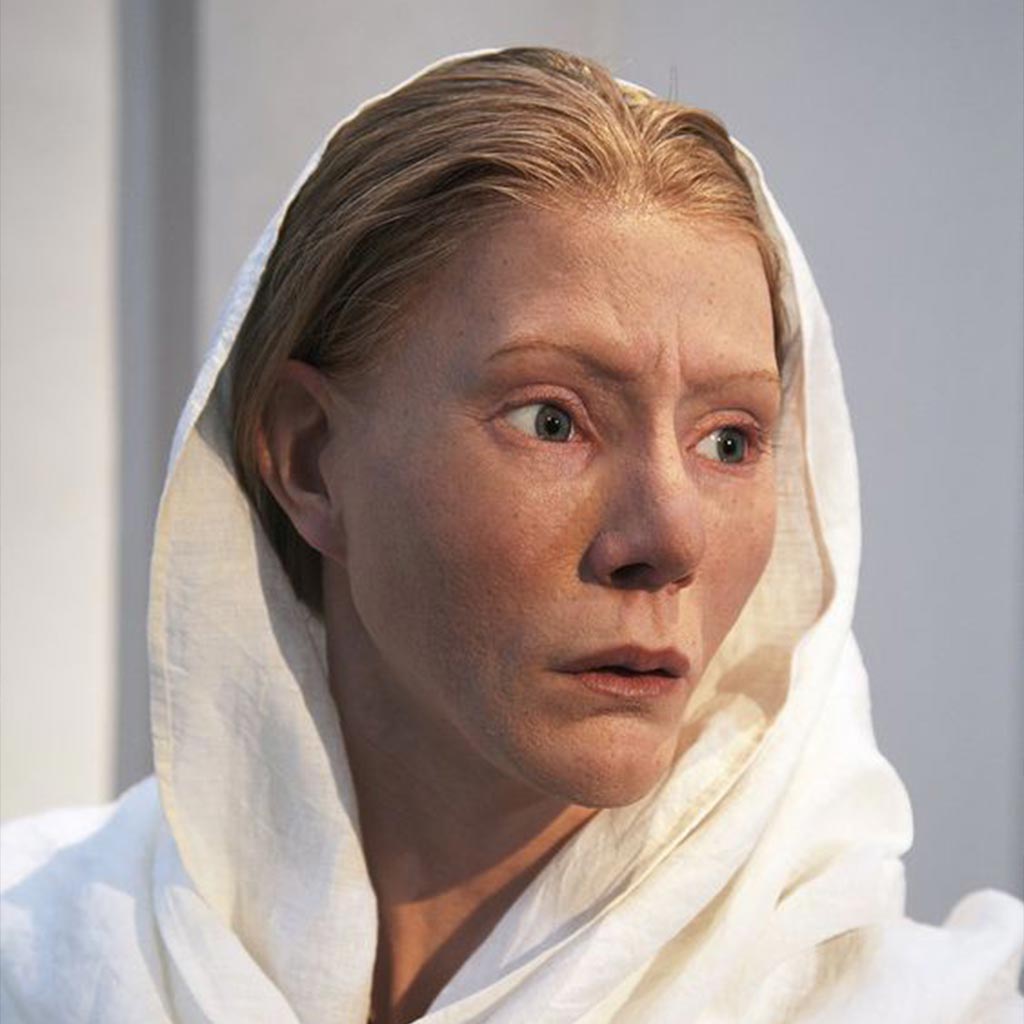 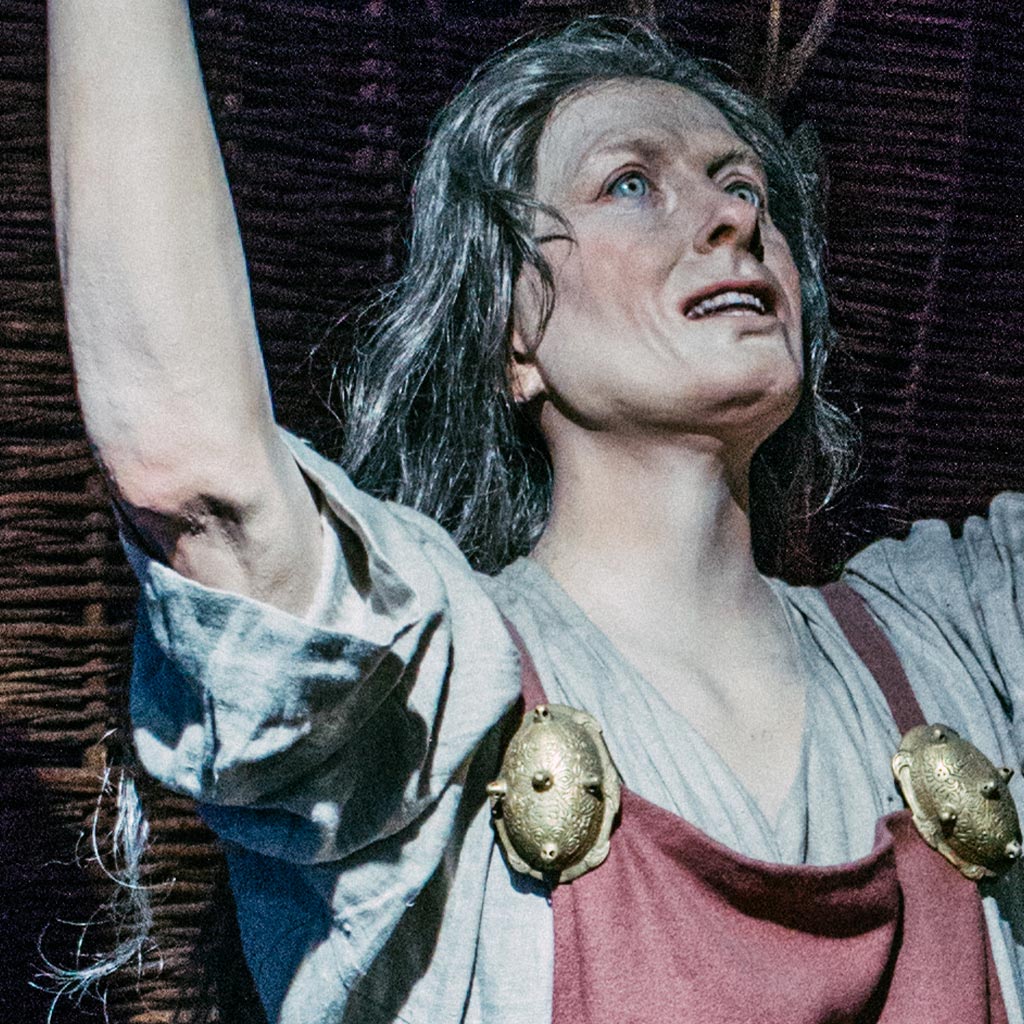 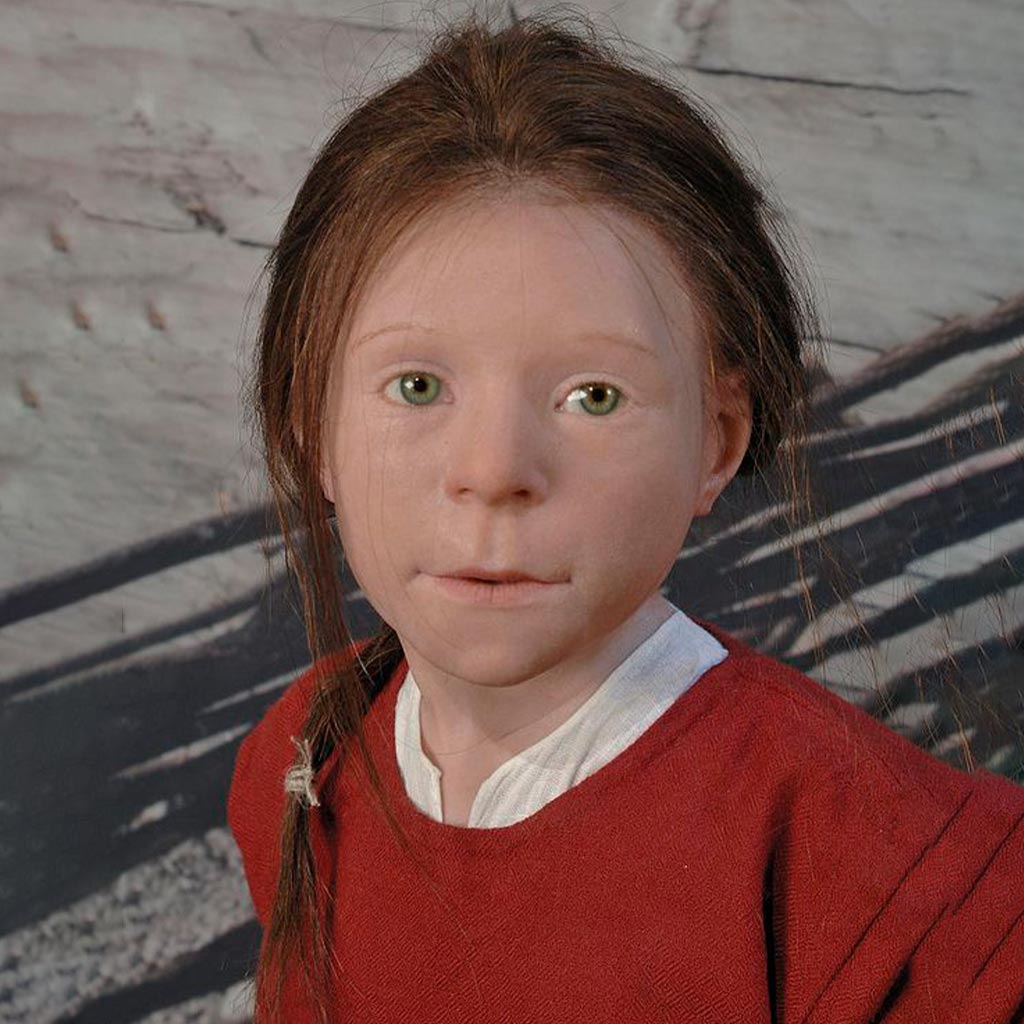 Long hair tied in a knot or braided to one side 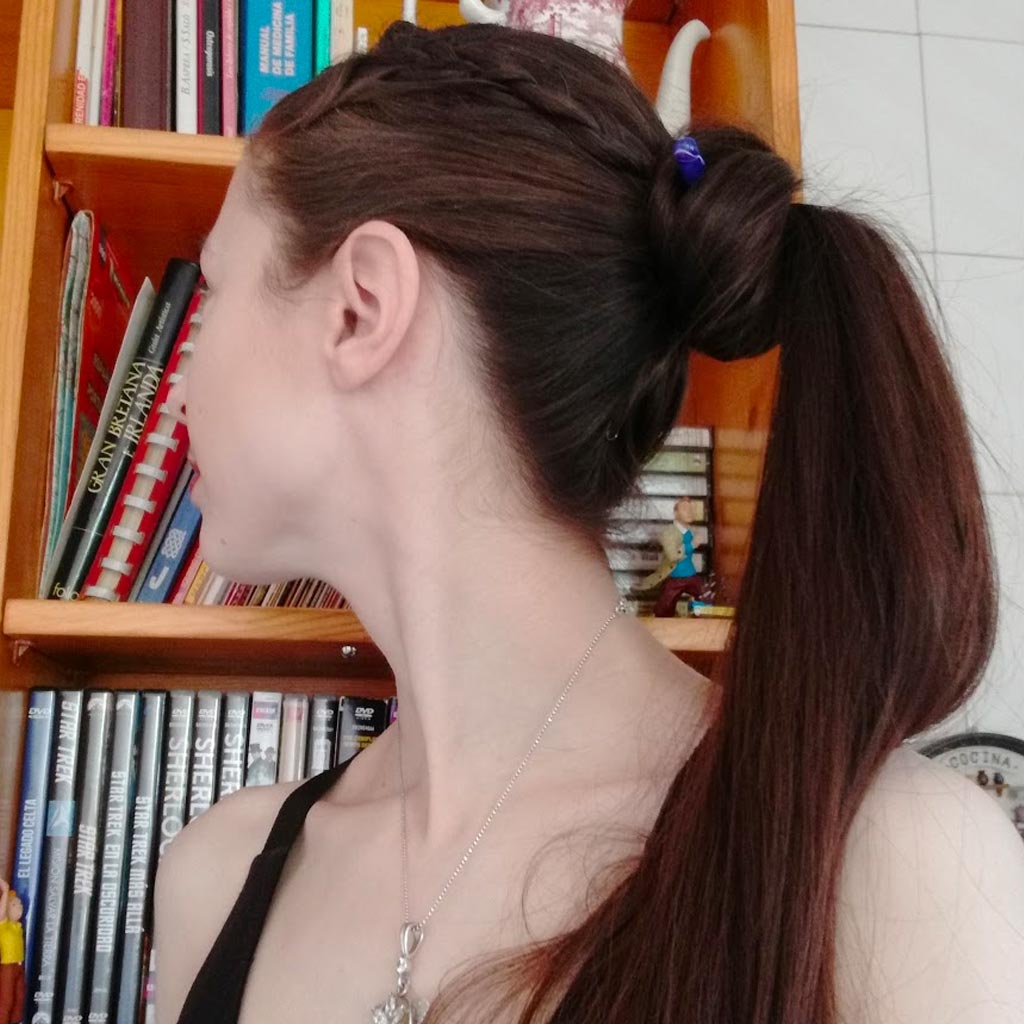 Long hair tied in a “Valkyrie knot” behind the back

These hairstyles come from artifacts, sculptures, engravings and similar left behind in Norse graves, so they are likely to have been at least somewhat popular during the Viking Age.

In Norse mythology, the valkyries were responsible for bringing half the warriors who have fallen in battle to Valhalla, while the other half go to another famous Viking female figure; Freya, the goddess of fertility, love, beauty, and war.

If you’d like to try your hand at making your own valkyrie knot, here’s a detailed video with instructions:

That said, it is assumed that having long hair was generally seen as more important the higher up on the social ladder one was, with the jarls having long and elaborate hairstyles, while they had their thralls (slaves, who made up around 20-30% of the population) cut their hair short.

Vikings were often described and depicted with well-groomed and sometimes elaborate facial hair, ranging from full and long beards to more practical Viking-style mutton chops and mustaches. Historians believe that most Norse men had facial hair, and those who didn’t were even mocked for it according to the sagas.

The Viking beard was also a source of pride, and if someone insulted another man’s beard that was grounds for killing the other man according to the sagas.

Despite all the modern-day depictions of elaborate Viking beards, we don’t really have too many sources that show how Viking beards actually looked like and how they were styled.

Here are some examples of historically accurate Viking beard styles that have been found on figures and runestones, and dated back to Viking age Scandinavia:

How Common were Viking Beards?

Beards and mustaches were very common in Vikings according to archeological findings and written records. The Viking beard was a source of pride and honor among the free men, and insulting one’s beard could result in a deadly outcome or sometimes even prolonged feuding between families.

Furthermore, recent DNA studies show that people from modern-day Scandinavia have a specific gene-makeup that is linked to more facial hair growth than average, as well as a facial hair growth pattern that is concentrated around the upper lip, cheek, neck, and chin (meaning full beards are common among Scandinavians).

This is assuming Viking Age Scandinavians had a similar genetical makeup for certain markers related to beard growth, which the same study supports, mentioning that Vikings largely had similar genetic markers as modern-day Scandis when it comes to hair growth.

Why Did Norsemen Grow Beards?

According to the Norse sagas, Viking Age Scandinavian men were proud of their beards, and facial hair in archeological findings see a sudden increase during the Viking age (compared to the bronze age), suggesting there was a strong cultural preference for beards.

Njal’s Saga, for example, explains how Norsemen were expected to grow a beard, and those who didn’t were often mocked by both their peers and potential partners.

Did Vikings Braid Their Beard?

Vikings were known to braid their beards in different ways according to written primary sources, among them the stories about Svein Tveskägg (Sven Forkbeard), known for his beard that was split into two braids.

Scholars believe his grave has been found underneath a church in Lund, Sweden, in what is called the Drotten church ruins. There is even a bearded stone figure from the ruins, although it is unclear if it’s supposed to depict Sven himself or someone else.

I’d guess that it likely isn’t Sven Forkbeard since it doesn’t have his signature “forkbeard” (i.e. parted or braided beard).

Are you perhaps in the market for an authentic Viking haircut, or would just like to generally style your hair as the Norse people (supposedly) did? Let’s go through some do’s and don’t’s if you want to keep it fairly historical.

First off, let’s get some things out of the way straight off the bat. It’s important to note that there is no evidence of the braided undercut style we see so much in TV shows (i.e. Ragnar & Uthred), but it is of course possible that some Vikings styled their hair like that.

Vikings have after all been documented to take good care of their hair and appearance in general, and since there are some similar haircuts where the sides and back are shaved, it’s not out of the realm of possibilities.

That particular haircut has just never been described or documented in any way as far as we know.

Vikings vs. Last Kingdom vs. Game of Thrones

Curious how The Last Kingdom compares to Vikings, and how they both compare to Game of Thrones? I’ve compared them thoroughly in different categories and analyzed what online critics on IMDb and other sites think, in order to answer which show is the best of the three. Check it out if you’re curious! Read more about how The Last Kingdom, Vikings, and Game of Thrones compare

That said, there are modern takes on Norse hairstyles that I prefer over the Vikings ones, especially those in Robert Egger’s The Northman:

I think Robert Eggers did a fantastic job with the costumes and hairstyles, and his zero tolerance for taking shortcuts really does show in the details.

Some examples include insisting that any hairbands were made of tablet weaving, and the choice of Heimr the Fool’s haircut to match that of Leo the Deacon’s description of a Norse haircut fairly accurately:

He shaved his head completely, except for a lock of hair that hung down on both sides

An approximate translation of Leo the Deacon’s History (p. 167—168)

Eggers and his team used hairstyle examples found on Viking-age objects and artworks, such as the ones I listed earlier in the article.

Another modern interpretation I like is that of Annette Collin, who wrote the book The Shield Maiden & the Viking: Step-by-step guide for modern Viking braids & make-up, within which she displays and guides you through tons of different ways to braid female and male hair (& beards) in a Norse-inspired way.

Many of these hairstyles are based on archeological findings, including the famous valkyrie knot. In some styles, Annette has infused a lot of her own creativity (due to a lack of more diverse sources I’d assume), but this has been done in a very tasteful and authentic way.

And finally, there are some haircuts from Vikings and The Last Kingdom that are fairly accurate for the time period, so let’s not throw them under the bus completely: